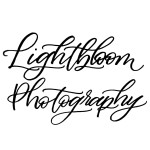 The Atrium is the sweetest secret garden venue right in the heart of downtown Wilmington, and Allison & Charlie decided on that spot to have their wedding ceremony. It was the perfect fit for them and their family as they said their I-do’s surrounded in greenery and old brick walls. These two are the most ideal kind of couple to work with – they were fun, they were insanely laid back and completely comfortable with me. We actually met because I was bartending a shift downtown (shoutout to Ironclad Brewery!) and Allison & Charlie came in while they were in the middle of touring wedding venues. They stopped in for a beer and we ended up getting to talking about their wedding and BOOM – a few months later, here we are at their wedding day!

So, I have a few favorite parts that we HAVE to talk about. First of all, instead of doing a traditional “first look” where the bride and groom see each other for the first time before the ceremony, Allison had a brilliant idea. We decided that we’d tell Charlie that Allison was nervous and needed to see him before the ceremony to calm her nerves, and he immediately agreed to our change of plan, no problem at all. We put him outside to wait for Allison to come up behind him, and then, instead of sending Allison all beautiful and ready to go in a wedding gown, we sent her brother… in a wedding gown. To sum up: hilarity ensued.

They also ended up having their wedding in the middle of downtown, in the middle of the yearly street festival, Riverfest. It was loud and obnoxious and made for difficult parking – but when you plan a wedding that weekend, YOU GO WITH IT! We could distantly hear Sublime playing in the background of their ceremony, and Allison thought it was perfect for them. When we went out for portraits of the two of them, Allison bolted off right into the middle of the festival. The entire crowd around the music stage burst into applause and cheered them on, it was honestly so fun.

Their reception was held at Bakery 105, with a gorgeous outdoor patio for cocktail hour, and the inside was transformed into what Allison called a “FLOWER EXPLOSION”!!! I walked inside and just couldn’t believe my eyes at the head table. Salt Harbor absolutely nailed it!!! They had the most perfect reception which included a live wedding band and a dance floor that was absolutely PACKED the entire night. Their families were so much fun they did SO many things that I couldn’t stop laughing over, including: making a human bicycle and having Charlie ride it, ALL of the cousins making up a song about Allison & Charlie and singing it to them, and an amazing game of limbo. I’m so thankful to have met these two and their incredible group of friends and family. This is easily a wedding that I will never forget!

Tue Oct 22 , 2019
I’ve been doing freelance photography for a few years now for a pretty large company that allows me to work […]

Everything about this photo makes me happy. The GL

Okay so we all love a first look with the bride &

Hello! I’m Allison!  When I started in the p

It’s the flower boy trend for me 🌸 🎉 more

I mean could she possibly get ANY prettier? Workin

Andrea & Eric had the dreammmmiest wedding day on

Guesssssssss who is GETTING MARRIED TODAY!!! Okay,